Intelligent Lead Routing; What Is It?

Have you ever been in a situation where you were able to review leads prior to assigning those leads to a salesperson? 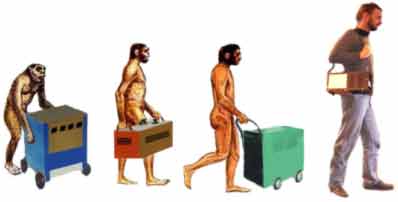 If so, and if you are a sales manager who cares about increasing sales, you most likely looked at the characteristics of each lead before deciding which salesperson to assign that lead to... For example, when I would see a Corvette lead come into BuzzTrack at Courtesy Chevrolet, I would reassign that new lead to one of maybe 2 or 3 people who I felt qualified to handle the typically challenging questions posed by Corvette buyers.  Our closing ratio on Corvette leads was a lot higher, almost double that of other leads...

The Round Robin system of lead routing is the worst system ever devised by the auto industry for handling the decisions around how to assign each lead to a salesperson... Period.  Random has no place in dealership management, it is the opposite of reason and intelligence... Random Sucks... It is like slapping the Magic Button and imagining that something good will happen... Random is the destroyer of positive business results, Period!

When a project I was assigned to involved the rebuilding of a web based lead management tool in the not so distant past, both myself and the lead developer on the project pushed hard for a feature that we included in the fresh new build of this lead management tool which we called "Intelligent Lead Routing" or "ILR".  Whether this feature makes it into the system that dealers will be offered is a political football getting punted around to this day, which I will soon explain.

The basis for Intelligent Lead Routing was fairly simple... To mimic the decision making process that the best sales managers use when they look at a new sales lead and decide which salesperson to assign it to.  Except, we decided to do it more "Scientifically" than a sales manager can do based on anecdotal knowledge (like the way I did it at Courtesy Chevrolet)... During the initial installation of ILR we pull all DMS transactional data available and use historical sales data for previously received and sold Internet leads.  We then apply a complex algorithm based on key lead characteristics, similar to the way top performing Internet Directors will assign Internet Leads when they have a chance, or need to do so.

What Intelligent Lead Routing does is assign leads within a set of parameters that define eligible sales people (such as used car sales team vs new car sales team) so that leads are assigned based on customer demographics, vehicle of interest, zip code, area code, make, model, price range, vehicle type and other characteristics that are used to match the lead with the salesperson most likely to result in a sale based on historical performance.

We built all kinds of safety mechanisms and ILR can be applied at any point in the lead routing schematics (decision tree) using the "Hypothetical" Lead Management Tool's admin console.  The ILR system could also be used to show how, why and who leads WOULD have been assigned to, had the algorithm been applied.

In our pilot testing, ILR was far more effective than the much simpler and more primitive model of lead scoring based on lead characteristics, although it uses many of the same criteria as lead scoring, the scoring is variable based on WHICH SALESPERSON WOULD RECEIVE THE LEAD!

The fact is that in any lead scoring system, introducing the sales person into the predictive analysis creates variable scoring results. For example, it is not uncommon for a lead which is a "9" on a 10 point scale for one salesperson, to become a "4" on the same lead scoring scale when it is assigned to a different salesperson.  This variance in predicted outcome, or "Lead Score" is based on the differential in historical closing rates for leads exhibiting the same characteristics, but when assigned to a different sales person.

This is a similar outcome and based on the same characteristics as when the same lead is sent to different dealerships using the same lead scoring system, which almost always results in a different lead score based on the historical results for each dealership based on leads containing similar or same data points... The only difference is that the effect is often times much more dramatic when applied to individual sales people.

For example, we all know certain sales people who do VERY WELL with truck leads... They know EVERYTHING about the Ford, Chevy or Dodge trucks they sell and how their buyers use those trucks... But give them a lead on a Focus or a Malibu and that same salesperson does no better than the rest of the sales team.

Unfortunately for what would seem to be a brilliant system to offer dealers, it may be perceived as interfering with the sale of more conventional "Lead Scoring" systems and as such may be considered too risky to offer for sale to dealers... God forbid they get an advantage that actually sells more cars!

We came up with the idea back when I was working at Courtesy and found that we could increase sales by overriding any type of "round robin" (random) lead routing system.

The whole concept seems to trigger a lot of emotional and hysterical responses from people in the car business... What are your thoughts on an Intelligent Lead Routing system that would assign leads based on the highest probability of making a sale?

Replies to This Discussion